JAMAICA? NO, SHE WENT OF HER OWN ACCORD: THE KIM RICHEY INTERVIEW

“I’m just went over to a couple of friends of mine who live up the street, and we ordered takeaway food and sat far away from each other in chairs that we brought ourselves, from home,” says songwriter and singer Kim Richey. “So we could see some people.”

And this is in Nashville, Tennessee where the governor has only just woken up to the fact that social isolation doesn’t mean the normal blocking of black voters. Though he could be worse, he could be the Georgia governor who overrode mayoral decisions on beach closures, a peach of man Richey describes as the modern day version of “the mayor in Jaws …it’s bad for business, don’t tell people there’s a giant shark out there waiting to eat them”.

Covid19 can’t be blamed for one odd, or at least unexpected, thing Richey has done this year: releasing a complete reworking of her third album, 1999’s Glimmer, which had her re-recording, quite dramatically differently, all the songs; reorganising its running order; and changing the cover image and the title – now called A Long Way Back: the songs of Glimmer.

Avoiding the obvious route of making a barebones, ‘dark folk” album but sticking true to the idea of revisiting the album afresh, A Long Way Back brings a simpler aesthetic of low-key playing (many tracks have no drums), touches of flugelhorn, and an emphasis on the melodies and lyrics – two of Richey’s strengths – that places the album firmly in the territory of roots, or Americana.

“I would go back and forth and think, is this a good idea? This is a terrible idea. And then maybe this is a good idea. And then I be thinking I’m going to get killed: people are going to hate this because they only want to hear the songs the way they know them,” she says. “I think I didn’t give people enough credit.”

It sounds a powerful but subtle record, sure, one which highlights how good a writer Richey is and how effective and moving a singer, in pop or country or the territory in between. But still, why?

“When Glimmer came out, which was after Bitter Sweet [her successful second album which peaked just outside the top 50 on the US country charts] people were so kinda freaked out about the production, especially Nashville, that there was no mention of the songs. And I thought it was a good batch of songs,” explains Richey, who has had songs recorded by the Dixies Chicks, Patty Loveless, Trisha Yearwoord, Brooks & Dunn, and co-written a Golden Guitar-winning song with Australian Felicity Urquhart – which explains why some have assumed she was purely a country artist.

“They also focused on the way I looked, which seemed a big deal because I cut all my hair off. I thought maybe that justifies having another look at the record.”

From this distance, it may be hard to see exactly what was going on with that obsessing over the sound, given that the record while sounding polished in the way of late nineties records, certainly doesn’t seem burdened by an excess of anything crass or dated, or for that matter, vastly different to country records of the time which worked a pop radio-friendly angle.

“Time or Newsweek said it was one of the best records of the year but [in Nashville] it was like ‘oh, I thought you said you were country?’. But that’s the kind of music I grew up with. I grew up on pop music and California music, like Linda Ronstadt, Jackson Browne, the Eagles: that’s country to me. And then the Grateful Dead when I got to college.

“You can imagine me going to the country radio stations and when they asked me what are your influences, I wasn’t saying the right stuff.” 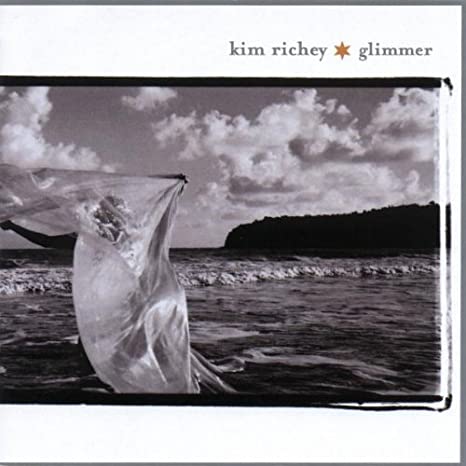 There would be fewer complications on that front in 2020, on aesthetic grounds at least, when you compare the two covers. Glimmer has an almost abstract figure maybe wrapped in plastic, standing on the beach – a coastal image by definition; A Long Way Back is a straight to the point photo of some farm buildings seen through bracken and dried grass – a middle of the country rural image.

It turns out the practical and financial differences between those two covers is almost as stark.

“When we did the photo shoot and stuff for that first record, that was in Jamaica, then we had to do a whole new photo shoot because they didn’t like the Jamaica ones and [the cover image] was the one photo from Jamaica we used. It was the nineties so of course you had to go to Jamaica to stand against a wall and have your picture taken,” she chuckles.

“This time, everything was like ‘we need this yesterday’ and with the cover the label was trying to go with some sort of pastiche of the old cover, with watercolours or something. You can’t really tell what that photo is on Glimmer, so trying to recreate that it was like, ‘this just looks like a blob’. And I said well, use this picture that I took. I really liked the light but also, with ‘long way back’ the picture is in Ohio, near my family’s house, and I thought this kind of makes sense.”

And, let’s be honest, it was a hell of a lot cheaper with this photographer.

She laughs hard. “That’s kind of an illustration of how the record business has gone,” she says. “I took this photo on my Android. That’s funny.”

Whether deliberate or not, the cover for A Long Way Back does fit with the sound and the tenor of the new recordings. If you couldn’t say for sure what Glimmer might sound like from its cover, there’s a good chance looking at A Long Way Back that you’d guess it’s not going to be a pop record with glossy sound.

From the surface to the content, another change Richey has made is in the running order which originally opened with bounce and maybe even a sense of optimism about what was next, and ended in a slightly bitter acceptance. Now the 14 songs progress from the harder recognition of adult truth in a more sombre opening to a conclusion that seems more sanguine about missed opportunities, because maybe there is time to change. Like she has. Like we have.

“I was originally thinking putting them in the same order as on Glimmer, but then when we listened to them it didn’t make any sense that way. They didn’t follow each other right,” Richey says. “We started with Come Around because I thought it was a good introduction for the record, for what the record was going to sound like.”

And it’s true, there’s something earthier, simpler but also tougher, about this start. Country? Not what you get on the radio, but maybe what you get nearer its roots. Though as she said, that has only ever been part of who she is and what she does.

“I have always been given enough rope to hang myself, which allowed me to make the kind of records I wanted to make,” she says. “There hasn’t been a record yet where anybody told me what to do.”

Well, unless it was stand on this beach in Jamaica for a photo.

What can we say? It was the ‘90s. People did odd things back then too.

Kim Richey’s A Long Way Back: the songs of Glimmer, is out now through YepRoc.

UNLIKELY GIFTS: KATHLEEN EDWARDS ON REBUILDING HERSELF AND HER CAREER

BRUCE SPRINGSTEEN – LETTER TO YOU: REVIEW