An album forged from grief by an internationally renowned songwriter, a record made for $1000 by self-described “scummy little punks”, and a sonically complex hip-hop album more than 15 years in the making will compete for this year’s prestigious Australian Music Prize. The Shortlist for the 12th AMP, whose prize of $30,000 makes it the country’s richest cash reward for an album, features nine acts almost as diverse as the Australian music industry. The best known of the cont

The best songs of the year? Quite possibly. The songs I played the most, sang the most, enjoyed the most this year? Definitely. Many of them come from collections which will appear on the list of the best/favourite albums of the year. Not surprisingly. All of them exist independently though. Cracking power plays, strong final statements, quite beautiful and sad moments, slinky sensuous grooves and not one sign of Fergie, Meghan Trainor or Shannon Bloody Noll. Instead there’s

First, but not last, end of year thing from this pen/keyboard. A summation of a year dominated by people who won't be making music again but not ruled by it because it was also a year driven by people who made music socially and politically relevant again, Also a top 10 that somehow doesn't include Nick Cave's Skeleton Tree. Still not sure how that happened. Can I have a Top 11 please? (I'll be writing about the top 10, or 11, or 20, elsewhere soon.) BLACK DAYS, BLACK STAR 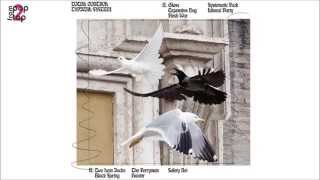 MAYBE THE BEST BUT DEFINITELY MY FAVOURITE ALBUMS OF 2014