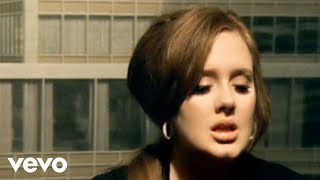 WIND BACK WEDNESDAY: ADELE FROM 19 TO 25

With Adele laying waste to all before her in terms of crowd numbers, merch sales, profit and even reviews. Wind Back Wednesday goes back to what was said about all three albums. Where prognostications and pop collide. ADELE 19 (XL) 2008 Be prepared over coming months to hear a lot of "she's this year's Amy Winehouse": their ranks are legion. On your radar are the likes of Duffy, Adele and Australian teenager Gabriella Cilmi who will in various ways be seen as the new young so

BACK TO MINE: ADELE LIVE REVIEW

Adele ANZ Stadium, March 10 There are bands and (mostly male) artists who have built careers out of being a representative "Everyman": one of us, just a bit better paid and housed. There's a couple of generations of Australian frontmen who would never have dared being anything else. Adele Laurie Blue Adkins, from fruity language and a deep love of the fags pre-motherhood, to an attachment to the kind of stuck-on eyelashes you would need a crane lift operator to help her blink

It's not exactly Fromelles, or even the streets of Ferguson where one of many black men was shot by the police. Though the shots of a political war could be heard throughout the Grammy Awards as artists such as Beyonce took mostly subtle aim at President Trump, in her case with with reminders that her black consciousness album, Lemonade, made to "confront issues that make us uncomfortable", was intended to show her children they should be able to look at the Grammys, the Supe

OUTDOOR OUTRAGE? WHO IS COMPROMISED WHEN ADELE PLAYS STADIUMS.

Not really wanting to compare the Rolling Stones and Adele, there being a couple of generations, an ocean of stylistic difference and one or two attitudinal divisions in that one. But still, elsewhere this week – see The Right Note - talking about the Stones in the context of their new blues album, I was discussing how the best gig I’ve seen them play was not one of the massive spectacles and hits-filled stadium shows but the Enmore Theatre show where they played to 1500 and

With Adele's first tour of Australia announced this week, Wind Back Wednesday goes back to the days around the release of her debut album. In 2008 she was already marked for success but was she marked to last? Was she for real? (Incidentally, that same week in London I interviewed two other singers launching their debuts: Duffy, about to have a huge success and then seemingly oblivion; and another teenager, Laura Marling, about to start a brilliant career. Good trip.) SHE WAS